What is Creole Food?

Creole originally referred to the descendants of Europeans who settled in New Orleans. The name later evolved to include people of mixed and black descent. Creole is more famous as a cooking style than a group of people today.

When the different groups met in Louisiana in the 1800s, they taught and learned from each other in the kitchen. Eventually, Creole food was born. To date, Creole cooking continues to absorb new cultural influences, but it has not lost its authenticity of the early nineteenth century.

So what is Creole food, or what does Creole food taste like? Creole cooking uses the same holy trinity as Cajun – onions, bell peppers, and celery – as the base. It also uses lots of seasoning to give the food an edge. Because of the intense seasonings, Creole food is often mistaken to be spicy. But that’s not always the case.

Other significant aspects of Creole cooking are the use of ripe tomatoes, thick sauces (roux), and seafood. 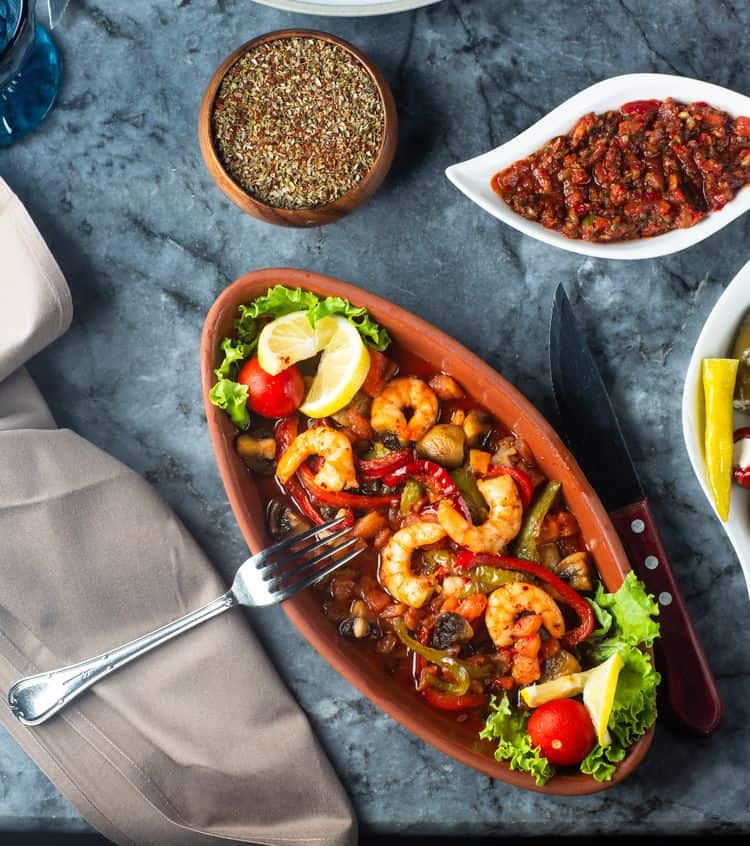 Creole food has found fame worldwide. If you visit New Orleans or a Creole restaurant, we guarantee that you must find some or all of these on the menu.

Traditionally, ham broth, andouille sausages, and leftover bacon add flavor to the beans. Of course, you must base it on the holy trinity and tomatoes to make it Creole.

The best rice to use is plain white rice. It goes perfectly with the flavorful red beans. And even though you make the rice in a different pot, it can pass as a one-pot meal. The rice pot almost comes together too quickly to count.

Have you noticed that every time you look up Creole food, Cajun shows up too? It happens so often that some believe Cajun and Creole cuisines are similar. While there are some similarities, there are distinctions.

Cajun and Creoles are first cousins; Creole is more metropolitan, while Cajun is more country.

Cajun cooking was brought to New Orleans by the Acadians who moved from Acadia in Canada to Louisiana. They came with the recipes but not the ingredients. Ever innovative, the Acadians quickly adopted locally available ingredients into their cooking. Because they were far from cities and trading hubs, they lived off the land. That’s why Cajun cooking is a tad more rustic than Creole food.

They based their cuisine on generously seasoned shellfish, game, and pork.

As mentioned earlier, the Creoles had access to ingredients from other places besides New Orleans.

Have you tried Creole or Cajun cooking? Which tastes better? You can have a feel of New Orleans right here in New York City. At 1803 NYC, we like to let either cuisine tell its own story. We serve only authentic Cajun and Creole food at our cozy restaurant.